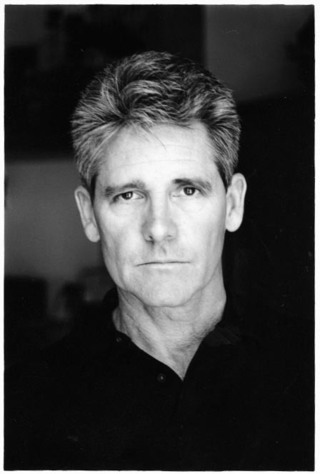 Now in stores! Now on Amazon! Soon to be a major motion picture?

Now available: My Lobotomy, the heart-rending true story of one man's epic journey through a medical nightmare. The New York Times calls it "harrowing ... one of the saddest stories you’ll ever read." The Chicago Sun Times calls it "remarkable" and "deeply unsettling." Publishers Weekly calls it "brutally honest" and "truly stunning." Kirkus calls it "gut-wrenching" and "a profoundly disturbing survivor's tale."

High Concept, the acclaimed chronicle of the dramatic life and death of super-producer Don Simpson, was a 1998 Los Angeles Times bestseller, and is considered the definitive biography of Hollywood in the 1980s and 90s.

Nicky Deuce: Welcome to the Family, now in paperback

After Havana now available in paperback

The early reviews are in ...

Robert Ward said, "Don't miss 'The Studio Kill.' Beautifully written with all the period details dead-on, dialogue so breezy it'll make your hair stand on end, and a twisty, dangerous plot that keeps you guessing. Buy it and do like I did -- stay up all night and take one long ride."

Mark Haskell Smith said, "Like Fitzgerald's "Pat Hobby" stories, Charles Fleming takes the reader on a hard-boiled tour of Hollywood." Reading 'The Studio Kill' is like being on the set of a classic film noir."

And Diana Wagman said, "Charles Fleming has written a whip-smart, captivating page-turner. Grab a bowl of popcorn and start reading. You won't be able to stop."

Charles Fleming is co-author of the autobiography My Lobotomy, author of the 1998 national bestseller High Concept: Don Simpson and the Hollywood Culture of Excess and co-author of the 2003 New York Times bestsellers Three Weeks In October: The Manhunt for the Serial Sniper and A Goomba's Guide To Life.

A regular contributor to the Los Angeles Times, covering cars, motorcycles and mobility, Fleming has reported on the entertainment industry since 1987, as staff writer, editor and columnist for the Times, Newsweek, Variety, LA Weekly and The Los Angeles Herald Examiner, and as a freelancer for Vanity Fair, Entertainment Weekly, TV Guide, Playboy, Time, The New York Times, New York Magazine, Spy, M Inc., US, McCalls, Los Angeles, California, The Los Angeles Daily News, The Atlanta Constitution-Journal and many other publications in the U.S., the U.K. and Japan.

In 2007, he undertook a survey of the public staircases of Silver Lake and environs. The result: Secret Stairs: A Walking Guide to the Historic Staircases of Los Angeles. Published in 2010 by Santa Monica Press, the book hit #5 on the Los Angeles Times paperback bestseller list and has remained a top title at area bookstores. In 2011, Santa Monica Press published the Northern California sequel, Secret Stairs East Bay: A Walking Guide to the Historic Staircases of Berkeley and Oakland, followed in 2015, by the third book in the series, Secret Walks.

Fleming is also co-author, with Steven R. Schirripa, of the New York Times bestseller A Goomba’s Guide to Life, published by Clarkson Potter in 2002, and its sequel, The Goomba Book of Love, published in 2003. Completing the trilogy, The Goomba Diet: Living Large and Loving It, appeared in 2006.

Fleming and Schirripa's young adult mystery novel Nicky Deuce: Welcome to the Family, was published to great acclaim in 2005 and was followed in 2006 by Nicky Deuce: Home for the Holidays.

Fleming is also part of the adjunct faculty at the University of Southern California's Annenberg School of Communication & Journalism, where he has taught entertainment reporting, arts reporting and news writing.

When he isn't writing, Fleming travels, snowboards, hikes, plays tennis and rides motorcycles. He lives in the Silver Lake section of Los Angeles.